This webinar featured two presentations. Each speaker had 25 minutes to present their arguments, and then there was 15 minutes for a question and answer period. 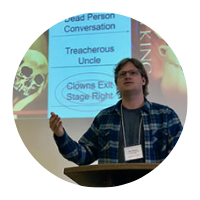 One of the critical insights Venkatapuram articulated in his 2011 work Health Justice was that “to be healthy is a kind of freedom. To be free of impairment and pain.” He argues that our health expectations are socially constructed and have changed from time and place. Health has also come under increased human control. Major health failures such as famines and outbreaks of common diseases like Measles are no longer predominantly the result of random bad luck. Instead, today major systemic health failures are largely the result of social practices.

In Health and Social Justice Prah Ruger states that “justice demands that society should ensure that individuals are capable of avoiding premature death and escapable morbidity.” But what counts as ‘premature’ death, or ‘escapable’ morbidity? Both Venkatapuram and Prah Ruger avoid the topic of aging, scarcely mentioning the word. What happens when we turn the Health Justice lens to aging?

The elderly are often expected to endure a loss of capacity that is not imposed on other demographics. The reason for this is clear, technologically it has been beyond our capability to address the root causes of aging. But instead of acknowledging this as a tragedy, the common reaction is to call it natural and put it out of mind.

By extending the idea of Health Justice we can see the involuntary deterioration of health and end of life as a social justice issue. Aging is already heavily influenced by human choices and social practices; this is most notable in our increasing longevity. This human control is only going to increase, and we must choose how to respond. While achieving a completely just society and perpetual capacity for health is likely impossible, the pursuit of these ends is a worthy goal.

Silenced and Coerced Speech in Psychiatry 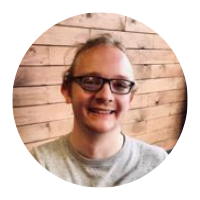 Status-based statutes (e.g. the Mental Health Act 2007 in the UK) that permit the involuntary detention and treatment of otherwise legally competent psychiatric service users are common worldwide. This makes seeking psychiatric care in crisis a risky enterprise; an individual with mental health difficulties is at significantly greater risk of the harms involved in detention and compulsion than someone presenting to primary care with a physical ailment. Since many service users are keen to avoid such outcomes, they are motivated to downplay the severity of their symptoms, especially if these include suicidal ideation, completed or intended self-harm, or psychosis.

There is, however, a further source of risk in psychiatric encounters which pulls in the other direction. If individuals do not receive any help, then they are liable to experience extreme distress, perhaps engage in serious acts of self-injury, or even attempt or complete suicide. Service users who wish to avoid these outcomes in an era of grossly under-resourced mental health services must make it clear that their situation requires urgent prioritisation.

In this paper, I argue that the phenomena above amount to various forms of unjust silencing and coerced speech, which in turn may amount to violations of a patient’s right to healthcare, and the physician’s duty of non-maleficence. Since self-report is a mandatory precursor to effective psychiatric care, this means that suffering serious wrongs is a common, indeed typical, precondition of receiving psychiatric care. I survey various proposals to remedy this situation, concluding that the problem cannot be solved at the clinical level; it requires significant legal reform of mental health systems to reduce or eliminate compulsion.

This Zoom webinar featured three presentations. Each speaker had 20 minutes to present their arguments, and then there was 10 minutes for a question and answer period. 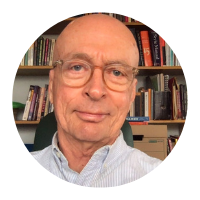 The capability approach focuses on understanding and removing unfreedom. So it is surprising that connections between capability and oppression have been little discussed. Here I take two small steps towards filling that void. (1) I consider an intuitive conceptual connection between capability and oppression. We can think of unfreedom in two ways. At a time, one may be unfree to eat well, to stay healthy, or to have good human relationships. Over time, one may be unable to change this, to expand one’s capability. That is, one may be held or confined in a low capability level, and this corresponds to a core meaning of oppression. (2) Normatively, it is crucial to see whether and how people are held at low capability levels as a result of the agency of others, even if (as in systemic or structural inequality) this effect is not always deliberate. 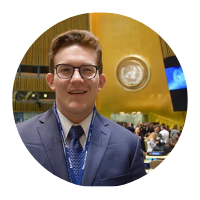 How can Indigenous communities acquire recognition and the claim to sovereignty they desire within Canadian society? The heinous treatment of Indigenous Canadians has been well documented. Residential schools sought to assimilate Indigenous peoples by forcing them to forget their culture and adopt the British way of life. Although, thankfully, Canada has progressed and moved away from this horrific past by making efforts to repair the Indigenous relationship. Whether it was Stephen Harper delivering a public apology in 2008, the establishment of Canada’s Truth and Reconciliation Commission, or Justin Trudeau’s 2015 campaign promise to establish a genuine “nation-to-nation” approach, Canada has tried to repair historical wrongs. Yet, nothing has really changed. Even though Canada’s Constitution includes Section 35 that recognizes and affirms Indigenous rights in Canada, time and time again Canada fails to adhere to its own laws created to protect and improve Indigenous life. By relying on decolonization theory, this paper argues that Canada must change their process for adjudicating legal affairs if Indigenous peoples are to have their rights respected, guaranteed, and upheld. Specifically, this paper will focus on Indigenous land claims as a pivotal area of where Canadian law must decolonize if the state is to genuinely uphold their promise to preserve the rights of Indigenous peoples. 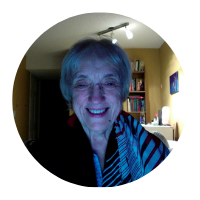 Justice and Accountability: What Obligations Do Non-Indigenous Governments and Persons Have in Our Relationships with Indigenous peoples?
Sandra Tomsons, Research Affiliate Centre for Health, Lakehead University

Canada’s governments and non-Indigenous scholars frequently use justice notions when discussing what they call ‘the Aboriginal problem’, ‘the Aboriginal rights problem’ or ‘Canada’s most serious justice problem.’ Our scholars propose theories of Aboriginal rights. Our politicians create policies. Indigenous scholars and politicians criticize both. Recently, Prime Minister Justin Trudeau promised those who lost family members when the Ukraine Airline’s plane was shot down in Iran: “We will not rest until there is justice and accountability.” Hearing his promise, I wondered “Why aren’t you promising Indigenous peoples “We will not rest until there is justice and accountability for you?” If he made the promise, what would this just accountable relationship look like? My presentation proves non-Indigenous persons don’t understand being just and accountable to Indigenous peoples. We need Indigenous assistance to i) discern our colonial perceptual reality, so we can replace it; ii) help us discover the way to a mutually respectful treaty relationship; – the only way we can be just and accountable to Indigenous peoples.