Judgements and Responses to Different Forms of Violence

This webinar features two paper presentations. Each speaker has 40 minutes to present their arguments, and then there is 20 minutes for a question and answer period with the audience. 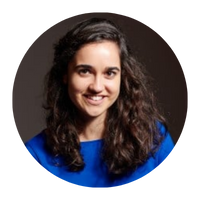 Christopher Finlay’s (2018) “Just War, Cyber War, and the Concept of Violence” argues that some kinds of cyberattacks are morally equivalent to armed kinetic attack (358), and that just war theory should permit ‘violent cyberattacks’ to be responded to with kinetic violence (and vice versa) (374). In turn, I argue that Finlay’s account of violence is both too wide—by improperly including harms to property as if they are commensurable with harms to persons—and too restrictive—by not including psychological harms to persons. I present an alternative conception of the term ‘violence’: that it is better understood as harms to persons, brought about for the purposes of aggression and domination.

This discussion allows us to take on a major debate in the violence literature: theorists such as C. A. J. Coady, Trudy Govier, and Finlay acknowledge that structural injustices such as racism or sexism or other kinds of oppression cause great harm, but contend they are wrongly miscategorized as violence. On my view, structural injustices do indeed do violence: they bring about injury (both psychological and bodily) for the purposes of aggression and domination. It is a collective act of violence, and as such harder to recognize. Yet structural violence has the same characteristics as the most paradigmatic cases of violence. With these ideas in place, I finally argue how we should understand cyber violence, and what kinds of responses to cyber violence are warranted. 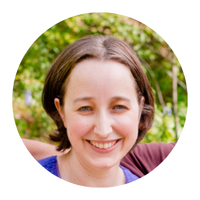 What Can Philosophy Say About Mass Shootings?
Presented by: Erica Preston-Roedder, Occidental College

Mass shootings are a horrific aspect of modern life.  In the wake of such violence, we often manifest complex normative and emotive responses: we recoil at the indiscriminate slaughter of innocents; we find ourselves shaken by the sense that no place is safe; and we wrestle with the fears induced by this contemporary form of violence phenomenon.  Can philosophy help us make sense of the normative contours of mass shootings, as well as our own emotive reactions to such events?  Ultimately, I argue that mass shootings involve a specific kind of violence, indiscriminate killing, one which is distinct from other kinds of murder.  Additionally, I consider the publicity of mass shootings and the way their dominance in public imagination distorts how we see the world–and each other.

This webinar features two paper presentations. Each speaker has 40 minutes to present their arguments, and then there is 20 minutes for a question and answer period with the audience. 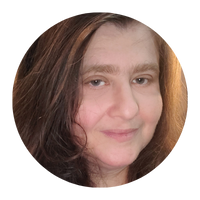 Too often, we hear reports and predictions about pandemic-caused traumas without at the same time finding many narratives that speak in non-clinical, non-catastrophizing ways about what to do.  Perhaps our medical institutions are just singularly focused on vaccines and treatments; perhaps it is also a common failure to address difficult issues in ways that non-specialists can understand.  But at this intersection of global medical emergency and its attendant psychological traumas, bioethics can assume an interpretive role:  Although comprising many disciplines and approaches, bioethicists can become a unique force for public-outreach in ways similar to recent efforts by public philosophers.  Specifically, bioethics can offer the kinds of publicly-accessible, jargon-free narratives that clarify the avalanche of pandemic data, making sense of the controversies while demystifying the traumatizing cacophony of social media platforms.  In addition to this clarificatory role, bioethics professionals could create participatory spaces that give voice to traumas born of grief, fear, and loss.  And because professionals are themselves not unscathed, these acts of public outreach will require a certain kind of openness to our own pain; it will also call for fewer worries about professional “respectability,” and more attention to intelligibility.  In this presentation, I will offer several examples of how philosophers have already engaged in these efforts, and how bioethicists, with our expertise in trauma work, medicine, and narrative, are needed now by those overwhelmed not only by the pandemic, but by the emotional and psychological damage that it has wrought.

Do we teach white supremacy in our applied ethics courses? (And a proposal for what to do about it if we do) 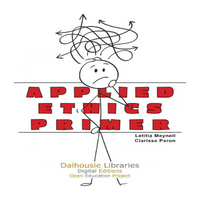 Every applied ethics course requires some brief introduction, survey, or primer on ethical theory. Without a robust introduction to and serious engagement with ethical theory, applied ethics courses risk merely teaching students how to rationalize their prejudices and preferences rather than teaching them how to critically assess and engage in ethical decision making. At the same time, spending too much time on normative ethical theory can take precious course time away from the applied issues that are the raison d’être of the course. This means that the theory addressed must be brief, if not something of a cartoon, and essential to the current issues and discussions in the relevant area. A number of authors have developed ethics primers as parts of textbooks, but these tend to have a serious flaw. They tend to be Eurocentric. This is not only because normative ethics as currently taught is Eurocentric—typically addressing some combination of Kantianism, Utilitarianism, Arisototelianism, social contract theory, naturalized ethics, and feminist ethics—but also because current policies and discussions in applied ethics are mostly informed by the same theories. Teaching applied ethics in a way that tacitly supports the view that all important and sophisticated ethical theory comes from Europe is fundamentally counterproductive, if not outright contradictory. It normalizes Eurocentric (and, concomitantly, white supremacist) thinking in a pedagogical context that is meant to raise ethical awareness, enhance ethical reflection, and guide decision-making.

We have written a new Applied Ethics Primer designed to avoid this flaw. Written in a way that makes it possible to integrate it into any applied ethics course, the primer draws not only on the central ethical traditions of Europe but also on ethical theories and practices from Asia, Africa, and Indigenous traditions in North America, as well as feminist theory. This global perspective is achieved by orienting the primer around specific ethical lenses, each of which captures a key aspect of a variety of ethical theories from various global traditions. At the same time, these lenses resonate with crucial ethical traditions of the so-called “West”—virtue ethics, deontology, consequentialism, and relational theory—thus still providing an adequate framework for addressing contemporary Canadian policies and practices, which have been shaped by these theories. Thus it is hoped that the primer will provide robust guidance in ethical theory that is relevant to currently Eurocentric policy without tacitly implying that the only ethical theories worth thinking about or taking guidance from are a product of European traditions.

In this presentation we will offer an overview of the content of the primer and explain the rationale behind it. We hope that this can be an opportunity to discuss the inclusion of normative ethical theory in applied ethics pedagogy as well as the risks of tacitly furthering colonial and Eurocentric attitudes through the ways we teach applied ethics.

The complete text of the Applied Ethics Primer is open access and can be found here: https://caul-cbua.pressbooks.pub/aep/